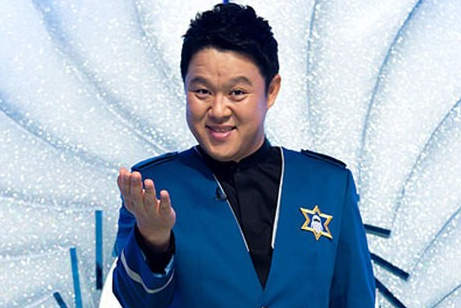 MC Kim Gura recently revealed that if he had to pick who he thought was the “#1 MC” it would have to be Yoo Jae Suk.

On April 27, Kim Gura starred as a guest on KBS 2TV‘s “Entertainment Relay,” for a celebrity guerilla date. On that day, the reporter asked Kim Gura, “Between Yoo Jae Suk and Kang Ho Dong, who do you think deserves the title of #1 MC?” Kim Gura replied, “I think I would pick Yoo Jae Suk. But of course, I would also say that both of them are very talented.”

When asked who he would choose to do a program together with between the two, Kim Gura again confirmed that he would pick Yoo Jae Suk. He explained, “If they both sent me a love call, I would of course accept Yoo Jae Suk’s offer to work with him- but if he also chooses Park Myung Soo to join his team as well, I would automatically decline.”