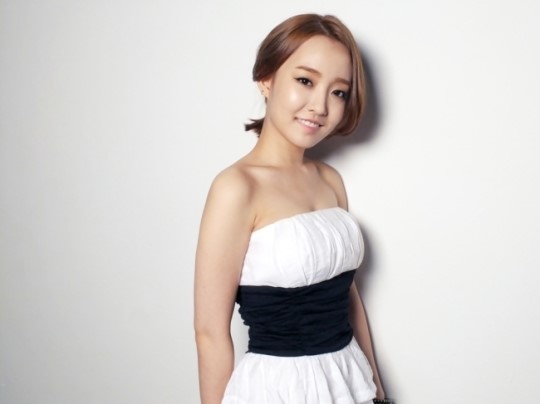 With so many idol groups promoting these days, solo artists have a hard time competing for the music charts and shows. It’s funny to think that back in the day, solo artists reigned and idol groups were more of an experiment than anything. For a solo artist to have survived the idol group explosion and maintained a strong reputation as a k-pop vocalist is quite the feat.

Here at Soompi we love Girls’ Generation and Big Bang as much as you do but we also want to appreciate some other equally talented artists who don’t get as much limelight. We want the world to know that there is more to K-Pop than long legs and colorful hair. Artists like Younha, who has made a name for herself as a singer song-writer, represents K-Pop just as much as any idol group.

So here is our tribute to one very talented solo artist with a beautiful voice who is set to make her comeback with her second mini album “Just Listen” soon. We selected some of her best songs, popular videos, and notable interviews to share with you.

Younha was talented from an early age, playing the piano since she was four. When she was a student she auditioned to about twenty companies, including the infamous SM Entertainment. She was rejected to them all not because of her talent, but because she was “not pretty enough.” Younha would then teach herself Japanese and make her debut there before returning to Korea as an established singer. Now Younha has released seven (full and mini) albums in Korea. Bet those companies really regret letting her go now!

Check out this clip from an old audition program when Younha auditioned for SM Entertainment. You’ll also see some familiar faces.

Although she debuted in Japan with “Yubikiri”, “Houki Boshi” is the song that started it all for Younha. It was chosen as the ending song for the popular Anime Bleach, turning it into a hit. The song made Younha the second Korean artist (after BoA) to make it on the Oricon Chart.

Because of her success in Japan, Younha was able to debut in Korea. Her first Korean single was “Audition.”

Younha became a popular vocalist not just with her fans but with other artists as well. She has collaborated with such singers as Wheesung, Kim Bum Soo, and even Kim Dong Wan from Shinhwa. She has worked with Epik High several times; the two featuring in each other’s albums. Their most popular song together would have to be “Umbrella” (although they have other great songs).

Younha’s latest collaboration, “Unacceptable”, was with Brown Eyed Soul‘s Naul. The song is about desperately holding on to a love that has slipped away. In the music video Younha looks beautiful and sounds amazing.

Not only is Younha a successful singer but she is also a popular radio DJ as well. Her radio show “Younha’s Starry Night” often has her fellow K-pop artists as guests. In an interview Younha said that DJing is one of her stress relieving activities. You can read the full interview with @star1 here.

Younha will make her comeback with her second mini album “Just Listen” on May 2. The mini album will feature Skull, the KOXX, Urban Zakapa and other indie artists. She has already released several teasers and promises a musically diverse mini album.

What do you think Soompiers? Leave us a comment expressing your appreciation for Younha or request another artist you think is underrated.

Younha
KPLG
We Alive
How does this article make you feel?