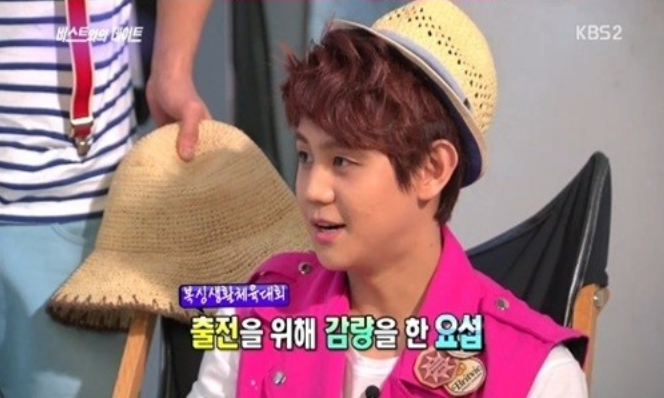 Will BEAST’s Yang Yoseob Be the Next Celebrity Boxer?

On the recent episode of KBS’s “Entertainment Relay,” which was aired on April 27, group BEAST’s members were interviewed at a pictorial photoshoot.

During the interview, Yang Yoseob revealed that his new hobby is boxing. He stated, “I am really into boxing now. I have been doing it for about two months and it is really fun. If possible, I would love to debut as a professional boxer.”

When the reporter asked if he wants to be like actress Lee Si Young, who recently made the National Boxing Team, Yoseob answered, “I actually wanted to enter a boxing competition in May and I even lost some weight for it. But it didn’t work out. I am planning to try again for the game, which will take place in August.”