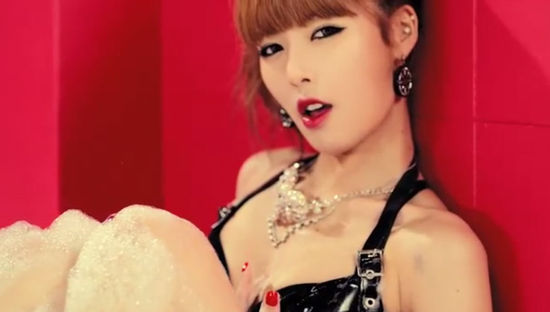 HyunA Picked As Number One Cosplay-Dol

Well it looks like there is no end to the different names that idols have. Just when you thought you had heard them all, (Beast-dol, Sexy-dol, Varietyshow-dol, MC-dol, Actor-dol, CF-dol, and etc.) a new one is added! Recently on the May 1 broadcast of MBC Everyone’s show “Weekly Idol,” 4minute’s HyunA was chosen as the #1 “Cosplay-dol.”

In case you did not know, cosplay is a shortened version of “Costume Play.” Cosplay (As in people dressing up in costumes) is often seen in Japanese or U.S. events such as comicon or video game conferences.

HyunA said of her being #1, “I think that the HyunA I show on stage is very different from what I am like every day. I think my every day personality is what shocks the populace.” At that MC Jung Hyung Don stated, “The HyunA I know is very cute.”

Other idols that were chosen as “Cosplay-dols” were Infinite’s L, SHINee’s Taemin, miss A’s Suzy, and Teen Top’s L.Joe.

4Minute
HyunA
KPLG
How does this article make you feel?