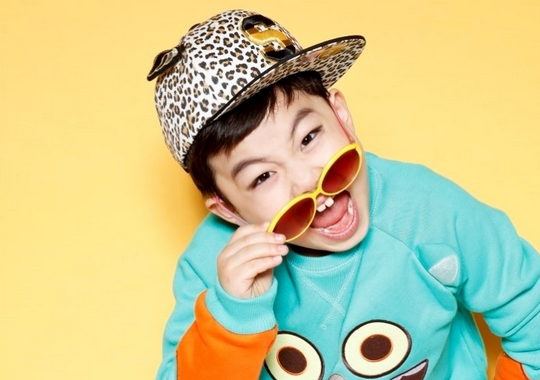 On May 2nd, Star Zone Entertainment who represents “Little PSY,” Hwang Min Woo, announced that they had taken action against the individuals who had published racist hate speech on their company’s website. Last week on April 25, the agency filed a police report requesting the investigation and punishment of netizens responsible for leaving hateful and racist remarks online. The very next day, it was reported that the Gangnam police were assigned to the case.

According to the police investigating the case, it all started on April 23 when 10 members registered to an internet community called “Daily Best” decided to flood Star Zone Entertainment’s home page with hateful posts.

Some examples of hateful posts included, “He’s an inferior half-breed” and “To think that people like him live here.” It was reported that 8-year-old Hwang Min Woo was shocked to have received such hateful comments.

Unfortunately, this is not the first time Hwang Min Woo has been targeted for being raised in a multi-cultural home with a Korean father and Vietnamese mother. He has long suffered bullying at school, physical violence and verbal abuse from his peers.

Star Zone Entertainment agency gave this statement regarding the matter, “When someone says something so vile against an 8-year-old child just because his father married someone of a different race, how are they in their right mind? We will taking aggressive measures to find out who the people were behind these hateful posts.”

“Little PSY” got his early start as a singer after debuting shortly after his appearance in PSY‘s ever-popular “Gangnam Style” music video. His early debut has also been a subject of controversy since he would have to be exposed to the rather harsh and demanding K-Pop industry at such a young age.