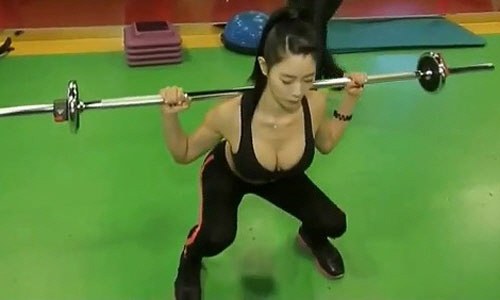 Remember Clara? She is the beautiful model/actress that appeared in Jay Park’s “Joah” music video. She appears on MBC Every1’s “Singles 2.” On the show, Clara is often shown in clothes that show her cleavage. She is shown doing day to day activities such as cleaning, working out, and doing yoga. The show is getting under fire for being overtly suggestive. Also, it has not helped that Clara has been posting sexy pictures of herself through social networking services.

Regarding the controversy a representative of Clara stated, “It is difficult because she is creating exposure controversy that we did not intend. Clara frequently exercises in her daily life. The show merely shows Clara in her natural environment. We don’t’ want her to gain popularity only because of her body and exposure.”

Currently the opinions regarding her exposure is divided between, “She has the freedom to do what she wants” and “This is dirty noise marketing, does she have an addiction to exposing herself?”

Well, here are pictures that show the scenes which caused all of this controversy in the first place!