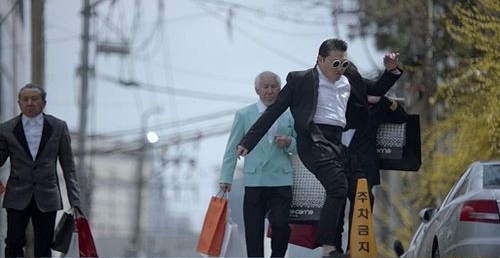 KBS recently reviewed PSY’s “Gentleman” music video again and deemed it to be inappropriate for broadcast once more. Currently “Gentleman” is not causing any problems of “appropriateness” in other parts of the world. However, “Gentleman” has been barred from being broadcast on KBS, MBC, and SBS.

A representative of KBS stated, “PSY’s music video has received the deliberation that it is too inappropriate for broadcast due to the scenes of damaging public property.” The people who judged the appropriateness of “Gentleman” was made up of a committee of 7 high ranking officials at KBS.

A representative of KBS also added, “If the production company of the music video changed the parts in the music video that were deemed inappropriate then, KBS could hold another review.”

KBS had deemed “Gentleman” inappropriate on April 18 because of the destruction of a “no parking” cone in the beginning of the music video. However, a new review was requested because there were only three people at the time of review. (This caused quite a bit of controversy)

PSY
KPLG
Gentleman
How does this article make you feel?