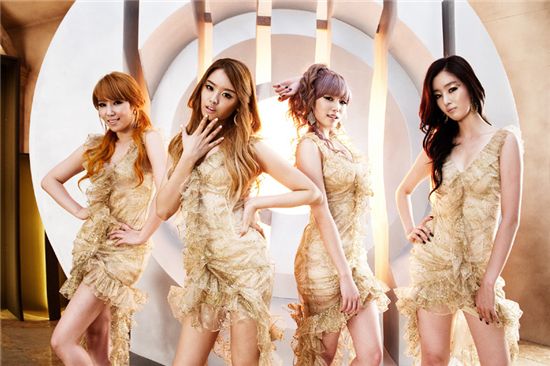 [Opinion] You’re Not A True Fan

Have you ever been labeled “not a true fan” from other members in your fandom for not loving the group’s new single? I have had this label attached to me several times throughout the years from several fandoms. Apparently, disagreeing with the majority about the quality of the song meant that I was not a true fan. K-pop fans need to stop spreading this repressive mindset that the consensus should override an individual’s opinion.

If the group’s new single is anything less than completely catchy, opinions will initially be divided, with some fans liking it “just because ___ released it,” while other fans admit that they didn’t like it for various reasons. Maybe it wasn’t good or maybe the song veered away too much from the style that attracted the fan to the group. Whatever the reason, the “supportive” fans will attack the dissenting fans for not following the agenda of worshipping everything that their favorite group releases. The dissenters will often feel guilty and change their mind, saying that they now like the song – after hearing it a dozen or more times. (Why would you have to force yourself to listen to a song that many times in order to like it?) The small minority of fans who stick to their original opinion become silent so as not to continue the conflict with the fandom and be judged. Usually within a few days, the fans get along again and praise the song to the heavens, even if they disliked the song upon its release.

Disliking a song from your favorite group should not be seen as a sin against the fandom and your own loyalty to the group. Constructive criticism can be much more helpful than being another supportive sheep within the fandom. A group will have its potential stilted if the fans blindly accept all of the songs with immense enthusiasm since the group knows that they don’t ever have to improve since the fans will eat anything up. Some groups haven’t progressed musically as much as they should have, given their longevity. I would argue that Super Junior and Secret, talented though they are, have fallen into that trap in which they feel they can release a similar song all the time.

For each new release, their fans are expected to eat up every song they produce, even if the songs sound extremely similar. With Super Junior, after releasing “Sorry Sorry”, their follow up title songs “Bonamana”, “Mr. Simple”, and “Sexy, Free & Single” sound similar. Secret’s “Magic” and “Madonna” are very similar, and their 2012 hit Poison followed the same exact formula. Fans will be fans, shaming dissenting opinions to the point where everyone in the fandom is praising the third iteration of one song.

Criticism should also be leveled, not just for lack of creativity, but also for doing things that simply don’t work. For example, Girls’ Generation is known to completely change their style from single to single. They went from classic K-Pop to hook songs to mashing five songs together and rapping. It’s great that they’re always experimenting, but the change shouldn’t be so drastic to the point that you’re questioning whether they’re the same group you originally fell in love with. It’s hard to believe the same group released “Into The New World” and “I Got A Boy.” Also, there are many who argue that Girls’ Generation simply are not good rappers compared to other established rappers in the industry. Perhaps Girls’ Generation should do a better job of sticking to their strengths, allowing their five competent vocalists (Taeyeon, Jessica, Tiffany, Seohyun, and Sunny) sing and showcase the dancing abilities of the dancers of the group (Hyoyeon, Sooyoung, Yuri, and Yoona) as opposed to forcing raps into their songs when they were doing just fine without them.

If disliking a song here and there discounts me from being a true fan, so be it. I enjoy not being a true fan because it gives me the freedom to like and dislike the songs that I want to. I buy the music that I want while passing on the ones I don’t like. I would be rather be labeled a fake fan rather than supporting a song I dislike just to fit in with the fandom.

What’s your take on what makes a “true” fan?

Girls' Generation
Super Junior
Secret
SNSD
How does this article make you feel?