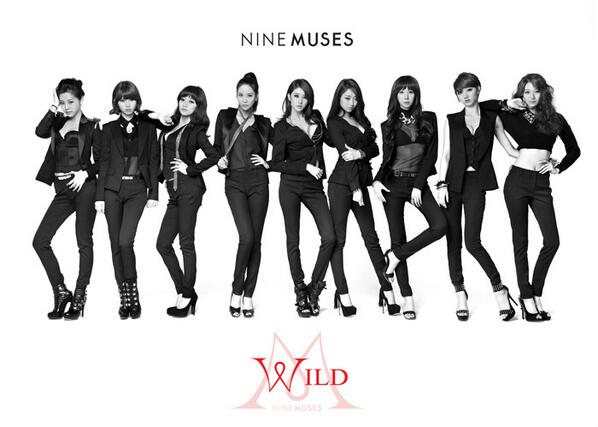 A few days ago the group released a very sexy yet mysterious teaser photo. This recently revealed group photo is a still from their music video and has the members posing seductively. The girls are also positioned to make a W, the first letter of the title of their track “Wild.”

The second photo is of member Eunji. According to the Nine Muses Twitter, she prepared her short silver hair just for this comeback.

The next photos are of members Kyungri and Lee Saem. Their photos are black and white, emphasizing their lean body lines.

The group will release “Wild” on May 9, but on May 8 will hold a special showcase at Club Ellui in Seoul. A representative of their agency said, “For our previous promotion we went with a military style but for our next showcase we want it to be a mini concert with our fans.”

Nine Muses will release their music video teaser on May 6.