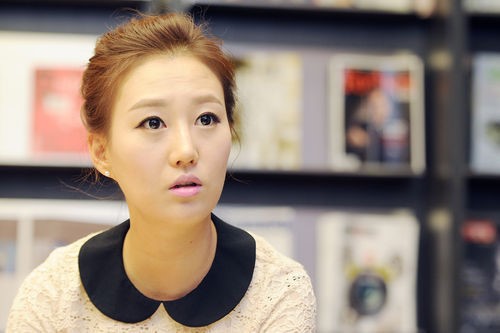 This is sad news right before her wedding!

On May 3, her agency’s CEO revealed through an interview, “Jang Yoon Jung is currently living with her father and her parents are currently in a divorce lawsuit.”

The reason provided was because of financial issues. Jang Yoon Jung let her mom take care of her savings for the past ten years and the mother used the money to support the son’s business ventures. The son, Jang Yoon Jung’s younger brother, attempted the trading business as well as coffee shops, concert venues, among many others.

Jang Yoon Jung shared with the producer of SBS’s “Healing Camp” in an interview before she filmed for the variety program, “I checked my balance one day and saw that I didn’t have any money. In fact, my account was in the negative and I had 1 billion won (~$1 million) in debt. My dad had a stroke because of this.”

Due to such circumstance, her mother and younger brother weren’t present when her and fiance Do Kyung Wan’s families were supposed to meet officially meet for the first time. (author’s note: In Korea, this meeting is a pretty big deal where everyone dresses up and meets at an upscale restaurant.)

Jang Yoon Jung also mentioned in the interview, “Kyung Wan knows about the whole thing and yet he still welcomed me with open arms. I’m so thankful. I’m so thankful that the future in-laws are so understanding.”

Healing Camp
Jang Yoon Jung
KPLG
Do Kyung Wan
How does this article make you feel?