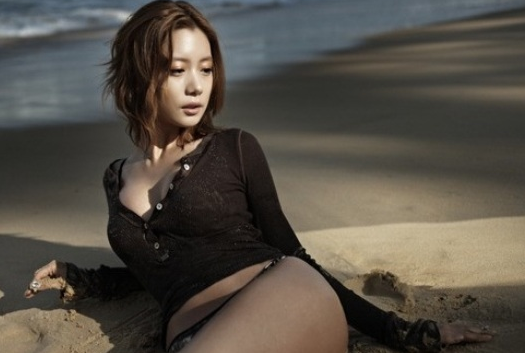 After creating quite a stir online by showing what was considered to be too much cleavage, actress Clara continues to wow everyone with her great figure.

A photo from last year’s August photo shoot spread in Phuket, Thailand for “Dreaming Girl” recently resurfaced online, where Clara’s innocent and sexy pose in the sand caused a number of jaws to hit the floor.

Clara’s sexy figure and how she decided to emphasize her best attributes became a hot topic online after she wore low-cut, tight-fitting tees and sports bra on MBC Every1‘s “Singles 2” on April 29, where NS Yoon Ji and actress Han So Young also made appearances but wore seemingly conservative clothes by comparison.

The actress appears to be benefitting positively from the publicity however, as she was recently invited to pitch for a baseball game!