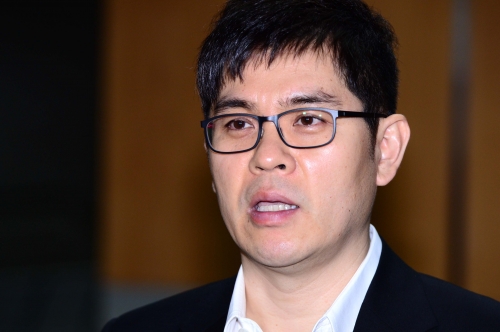 Entertainer Kim Yong Man was sentenced to one year in prison for illegal gambling on May 7.

The trial was held in Seoul and charged Kim Yong Man for illegally gambling 13 Billion Won (roughly 12 million USD). Before the entertainer entered the court he spoke to reporters and said, “I apologize for the way things turned out. I will attend the trial with sincerity.”

The prosecution for the trial said, “Kim Yong Man has admitted to the crime, and although he has no previous records because the amount is so large he will be facing a one year prison sentence.”

A representative of Kim Yong Man’s defense also released a statement. “The defendant Kim Yong Man has confessed to the crime and expresses his deep regret…He had pulled himself out of gambling two years ago but accumulated under 13 billion won in online gambling before then.”

In his closing statement Kim Yong Man told the court tearfully, “I have caused trouble for the people who care about me. I have given my family pain…I deeply regret everything.”

The records stated that Kim Yong Man gambled 13 billion won from January 2008 to May 2011. The entertainer voluntarily left his position on his current five television shows including “Vitamin” and “Star Couple Baby“.

Kim Yong Man
KPLG
How does this article make you feel?