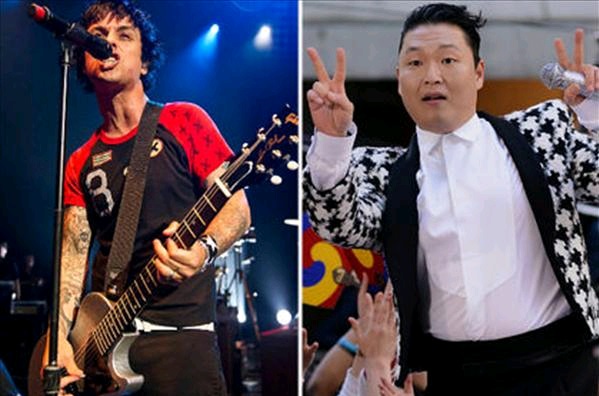 PSY has been called a lot of things, some good and some bad, but this might be the first time the singer has been referred to as a venereal disease.

Punk band Green Day‘s front man Billie Joe Armstrong let his feelings about the Korean singer known through a photo on his instagram. The American singer put up a picture of PSY and wrote, “This dude is the herpes of music. Once you think it’s gone, it comes back. #herpes #flareup #pleasegoaway.”

When PSY was notified of this by Fuse, he did not seem to mind very much. “I kinda like it, it’s cool,” he said in an interview with the American music media source. “He said I’m like the herpes… that keeps coming back. I think it’s really cool. Thank you.”