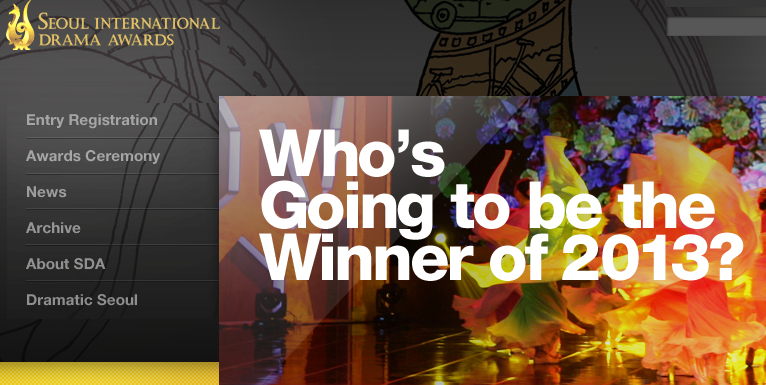 The entry submission deadline is almost closed! May 10 is the last day to submit entries.

Seoul International Drama Awards 2013 (SDA 2013, henceforth) is already in its 8th year and is receiving much attention from industry insiders and fans alike for submissions of the most popular dramas around the world. The competition will be fierce and it’s only a guess who will come out on top and snag the awards this year! SBS’s “Deep-Rooted Tree” won the grand prize in 2012.

Some of the popular entries include:

SBS’s “That Winter, The Wind Blows”

You can check out SDA 2013’s official website to view the dramas already submitted and for more info here:  www.seouldrama.org/en.

SDA2013
How does this article make you feel?