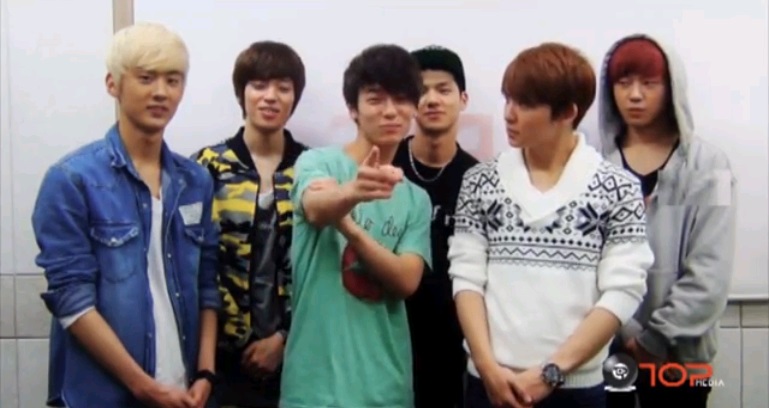 Idol group Teen Top is excited for their first solo concert, “2013 Teen Top No. 1 Asia Tour“, in Seoul and in anticipation they released some teaser photos and a video shout out to their fans.

The pictures were shared on their official Facebook page and shows the members practicing their songs and choreography for the concert. Since this is their first solo concert, it looks like the members are working hard but look excited too.

In the video shared on their official TeenzOnTop YouTube channel, the group announces that it is D-1 before the concert and that the concert will be like a party. L.Joe even gives a brief shout out in English.