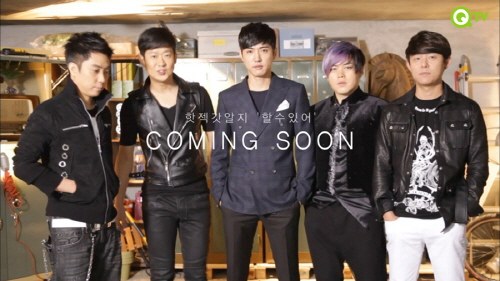 Get ready for a blast to the past! The original idol men of “20th Century Boys” will be coming together a “HotSechGodRG” and release a music video as part of a special project.

HotSechGodRG consists of the cast of “20th Century Boys” or H.O.T.’s Moon Hee Jun and Tony Ahn, Sechs Kies‘ Eun Ji Won, g.o.d.‘s Danny Ahn, and NRG‘s Chun Myung Hoon. Their project song will be titled “We Can Do It” and the teaser was shared on MyRealQTV’s YouTube channel.

In the teaser the former idol members salute their past by wearing orange jump suits and getting really bright close ups. Add on fun dance moves and cheesy poses, these men are partying like it’s 2001. Netizens who saw this teaser expressed their excitement about watching members from their favorite original idol groups collaborating together.