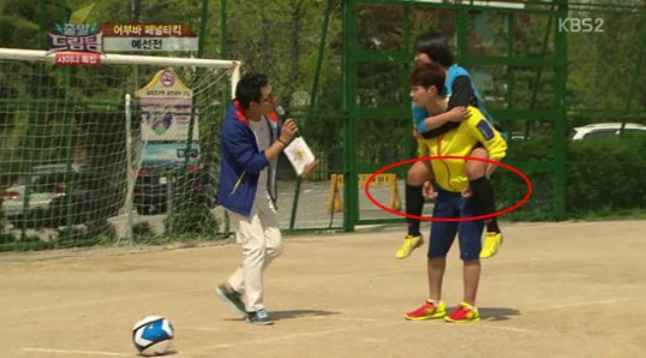 On the May 12 episode of KBS’ “Let’s Go Dream Team Season 2″ the four members of SHINee, comedian Noh Woo Jin, and Secret’s Sunhwa appeared to compete against a high school female soccer team.

One of the game involved Onew doing a penalty kick while carrying a female soccer player on his back. As the student was wearing a pair of shorts, Onew showed thoughtfulness as he tried to keep his hands in fists to avoid touching her bare legs.

Meanwhile, SHINee’s Jonghyun could not appear on this show due to recent injury. In his place was comedian Noh Woo Jin, who used to be a soccer player in high school.