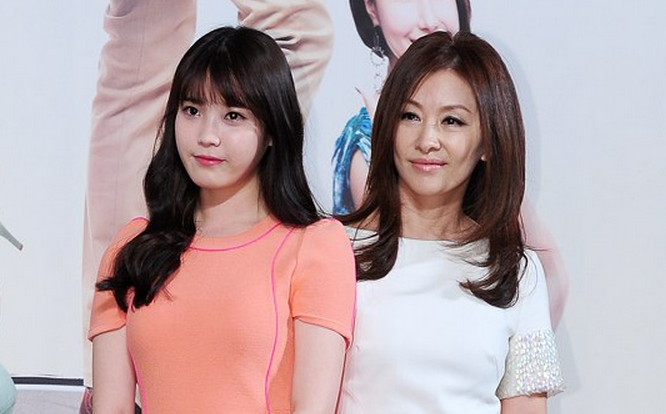 The two actresses are currently filming KBS 2TV‘s drama “You’re the Best, Lee Soon Shin.” At a recent press conference on May 13, Lee Mi Sook took the opportunity to acknowledge IU’s growth as an actor.

She said, “Acting is something that you just simply do. It’s not important whether you act well or terribly, but whether you decide to invest emotions into your character or not. Whenever I look at IU, I keep asking myself, ‘Was this girl really a singer before?’ That’s how well IU portrays her character Lee Soon Shin – to the point where she’s believable. Even though it’s her first time acting, it’s commendable that she’s become so immersed in her character’s emotions.”

“You’re the Best, Lee Soon Shin” is a drama about a family that struggles to move on after the untimely death of their father. Lee Soon Shin (played by IU), the youngest daughter of the family decides to pursue her dream of becoming an actress despite her mother’s objection and finds herself on the road to self-discovery, love, success, and finding true happiness.