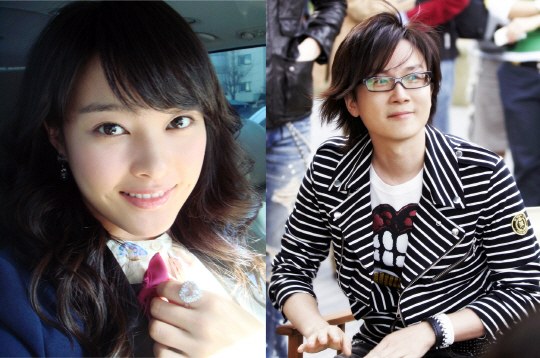 Actress Lee Eun Sung (25) opens up about her marriage with one of Korea’s music icons Seo Taiji (41).

Seo Taiji announced their wedding on May 15 through his official homepage and not long after, Lee Eun Sung shared her feelings through his company’s website.

She started, “I loved his music since a long time ago, but I’d never thought I would meet him in person.” She first met him 2008 through a music video filming for track “Bermuda [Triangle]” off of his 8th album.

Lee Eun Sung continued, “When I saw him talking with peers and staff members at the music video filming site, I thought, ‘He’s an awesome person!’ Afterwards, we saw each other like it was fate and I fell for him. Now, I love him for his unexpected normalcy and easygoing personality.”

Lee Eun Sung made her debut through the first season of KBS’s “Banolim” in 2003 and also participated in the second season. She continued building up her resume with dramas “Que Sera, Sera,” “Evasive Inquiry Agency,” and “I Am Happy,” as well as picking up movie projects.

Seo Taiji
KPLG
Lee Eun Sung
How does this article make you feel?