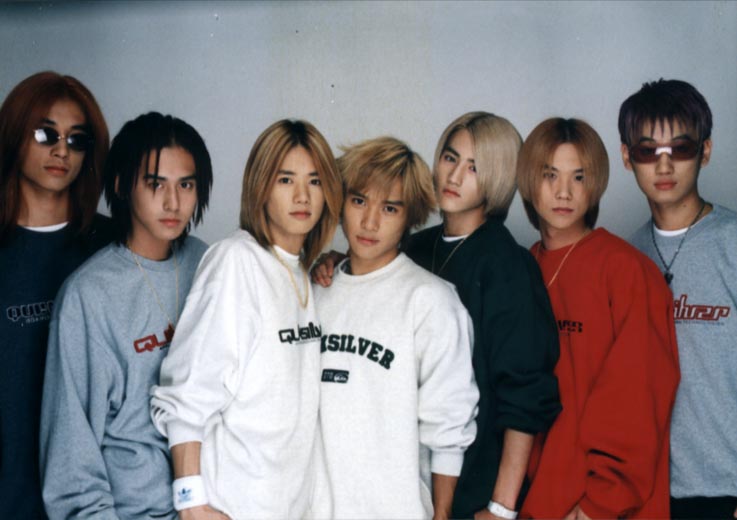 What Is Click-B Up to These Days?

Before FT Island or CN Blue, there was Click-B – the originally seven member idol boy band from DSP Media. Click-B was widely loved for their flower boy image and exceptional musical skills.

After debuting in 1999, they reached the peak of their popularity in the early 2000s. In 2002, after releasing their 3.5th album, three of the members, Yoo Ho Suk, Ha Hyun Gon, and No Min Hyuk left the group, which left Woo Yun Suk, Oh Jong Hyuk, Kim Tae Hyung, and Kim Sang Hyuk.

Click-B’s oldest member Woo Yun Suk is currently the CEO of a lounge bar called “Arigato” in Seoul’s hip neighborhood Itaewon for over a year now. During a phone interview, he commented, “It’s a new field for me so there’s a lot to learn and it’s really fun.”

Woo Yun Suk admitted, “I still don’t have any desire to make TV appearances. I think this suits me more,” and “My dream is to be the best in this field right now. So if I do become the best, I’ll probably make it on TV even if I don’t want to.”

Ha Hyun Gon also updated the viewers with his current status. He stated, “I want to approach the public and to our fans through music,” and “I want to show people who Ha Hyun Gon is and what kind of music I make.”

He also added his wish to see the other Click-B members, saying, “I would like it if everyone could get together once again,” and “But this is just my personal opinion.”

Meanwhile, the other members are all pursuing their individual interests or serving in the military.

Kim Sang Hyuk has recently been discharged from his military service and will be holding a fan meeting on May 16.

Oh Jong Hyuk has also finished his military service by serving in the Marine Corps and has made several TV appearances such as in “Radio Star.” He is currently performing in the musical, “Those Days,” along with Yoo Joon Sang. He also currently spoke about having Hyun Bin as his senior officer in the Marines.

Kim Tae Hyung, who has changed his name to Kang Hoo, is pursuing a career as an actor while performing in several musicals as well.

Yoo Ho Suk, otherwise known as Evan, has been pursuing a solo career as an artist. His last album was released in 2012. He is currently doing in his mandatory military service.

Last but not least, No Min Hyuk, is part of a band called AshGray. AshGray recently sang for the “7th Level Civil Servant” OST in February of 2013.