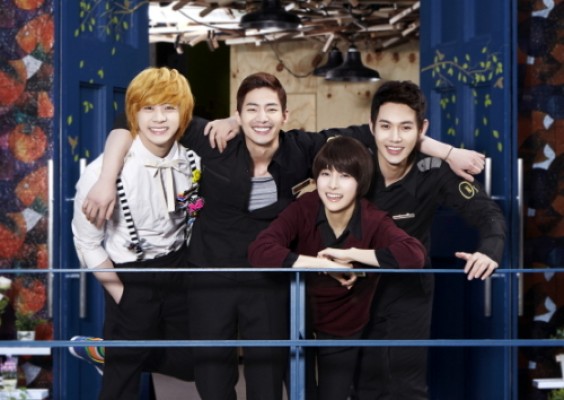 Netizens commented on the revealed still images, “Park Gyuri’s kiss scene…what a surprise,” “The kiss scene looks so romantic,” “Who is the lucky guy?” “Who is Jun Ji Hoo?” and “Some male fans must be so jealous right now after seeing those images of Park Gyuri kissing some guy.”

Meanwhile, the episode of “Nail Shop Paris” with the kiss scene between Park Gyuri and Jun Ji Hoo will be airing on May 17 at 11pm KST.