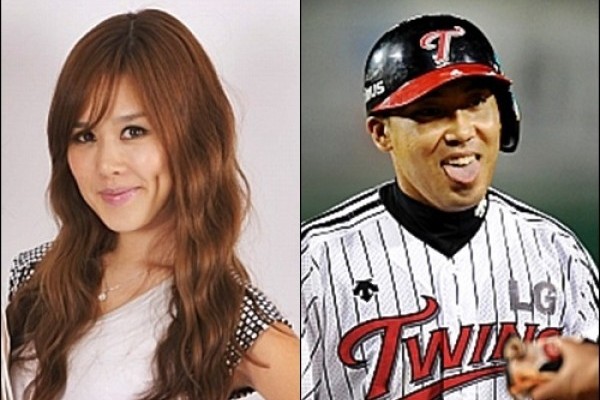 A representative of Chae Rina‘s confirmed on May 16, ” After confirming with Chae Rina, it is true that she is dating baseball player Park Yong Geun. It hasn’t been seven months like some news articles suggest. They have been seeing each other since the beginning of this year after that horrible accident.”

Baseball player Park Yong Geun, who plays for the LG Twins, was stabbed while drinking in October 2012 and had to remove 40% of his liver because of the severity of his injury from stabbing. This is the same incident where the ex-wife of Cool‘s Kim Sung Soo was stabbed to death. Chae Rina was also at the scene of crime, but wasn’t physically injured. However, she did suffer emotional and mental distress after witnessing this horrid crime.

Chae Rina’s representative explained, “Both Park Yong Geun and Chae Rina struggled emotionally and mentally after the incident. Chae Rina visited Park Yong Geun at the hospital with other friends shortly after he was hospitalized, and they started developing feelings as they shared their distress and emotions as well as comforted each other. This also helped Park Yong Geun’s recovery.” The emotional support they had for one another also helped them overcome the age difference. Chae Rina is six years older than Park Yong Geun.

According to an official at LG Twins, Park Yong Geun has returned to the team and has been playing in the recovery division. Chae Rina is preparing for the upcoming joint concert “Youth Night Season 2” in July with ex-Lula members Lee Sang Min and Kim Ji Hyun.