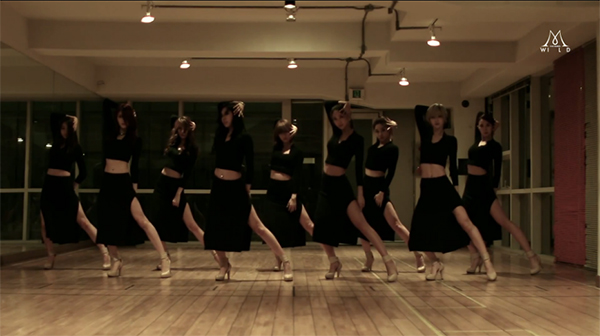 They covered Park Ji-Yoon‘s “Coming of Age Ceremony.” Originally released in 2000, it became very popular and controversial for it’s sexy sound and choreography.

Today, Nine Muses revealed their dance practice for the song on their official YouTube channel.

Despite the serious mood of the song, the girls instantly show off their silly side once the song ends.

Check out their live performance of “Coming of Age Ceremony” in this week’s Music Bank article. Other special performances for the show’s 700th episode were by Girls’ Generation, SHINee, Secret, 4Minute, Ailee and K.Will.