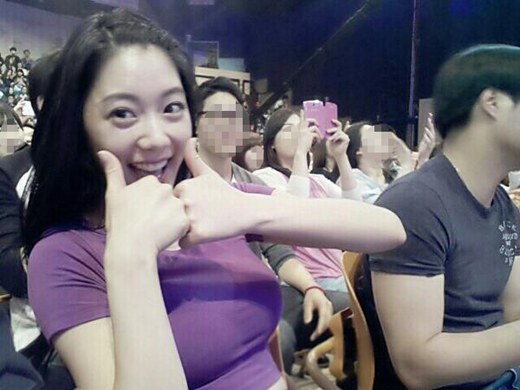 Clara Does a Parody of Her Sexy Ceremonial First Pitch!

Well on the SBS comedy show “People Looking for Laughter,” there was a skit that parodied Clara’s sexy ceremonial first pitch. Clara, showed up as a guest to help out with the skit!

Clara tweeted on May 19, “I went to watch ‘People Looking for Laughter’ as an audience member, awesome.” She added, “After doing a parody of the ceremonial pitch, I remember when I did the actual one. I feel so sad that Doosan is losing these days. I should probably go cheer them on again.”