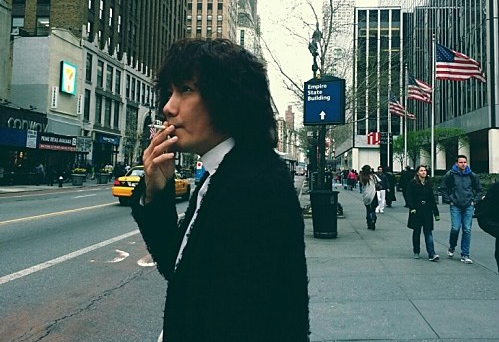 On May 19, he wrote a long message on his me2day, “It’s been a long time. Even though I came back from the States, I’m so busy.”

He continued, “I cut off all news about Korea and just focused on preparing and practicing for the concert so I just heard about Seo Taiji’s news not too long ago while talking to [Park] Kyung Lim.”

Regarding the wedding announcement, Kim Jang Hoon wrote, “Heard they have a 16 years age gap, but I’ll break that record before I die. Even though I was out of the country, I didn’t mature and am just the same, right? Heard from sunbaes that I can’t do music if I grow up.”

Meanwhile, Kim Jang Hoon is currently on a tour in the U.S. and held his first concert in Los Angeles, California, on May 11.

Kim Jang Hoon
Seo Taiji
KPLG
How does this article make you feel?