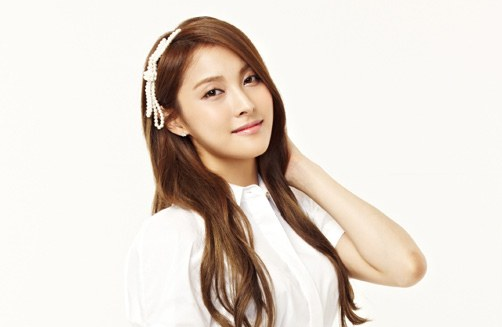 Park Gyuri had a chance to take time out of her busy schedule to sit down for an interview with Ilgan Sports where she opened up about her recent acting project in the crossdressing drama “Nail Shop Prince.”

“I did some acting in elementary school, but I became a singing trainee in middle school and put all my energy promoting with Kara. I would occasionally take on projects, but it was through ‘Nail Shop Prince’ that I had renewed feelings for acting. The other actors in the same project joked and called me ‘dae sunbae’ [super senior]. *laugh* I learned a lot about acting through the lead role. I participated in the Dream Concert stage in the middle of the drama’s filming and since I had to sing and dance [after a long time], it felt unfamiliar. Even though I felt awkward, I was able to feel the freshness [of singing]. This became a time where I could reflect on my career as a singer.”

“There was a time when I thirst for acting while I promoted with Kara. I had a fun time watching ‘Coffee Prince’ and ‘To the Beautiful You’ so I was attracted to those crossdressing projects. Originally, I wanted to cut my hair short for the role, but decided on wearing a wig because my company was against it. *laugh*”

“The director talked about it often. The character Yeo Joo isn’t as boyish as Yoon Eun Hye senior’s Go Eun Chan. Because of [Yeo Joo’s] lame crossdressing, she’s quickly caught. It wouldn’t be realistic if I purposely tried to speak like a man.”

_You look really good in short hair. Have you tried that hairstyle before?

“I had short hair in kindergarten. Afterwards, I tried short hair during ‘Rock You’ promotions. Maybe it’s because I haven’t lost my baby fat, but the reaction wasn’t good. My personality is more reserved than boyish.”

Click here to read Part 2: “There Will Be A Scene Where I Kiss A Girl”
Yoon Eun Hye
Coffee Prince
KARA
KPLG
To the Beautiful You
Park Gyuri
Nail Shop Paris
How does this article make you feel?