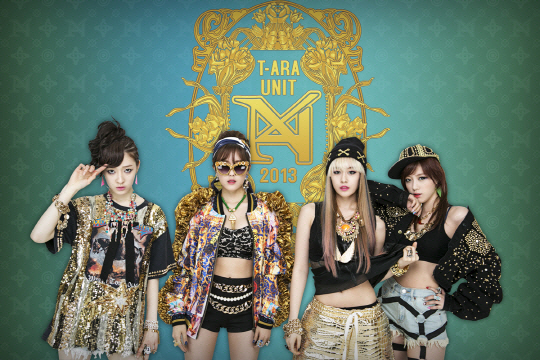 On May 20, T-ara N4 held a press conference regarding their advancement to the US market. Eunjung announced, “There will be five different versions of our new title song ‘Countryside Diaries.’ The original song features SPEED‘s Taewoon. The five new versions will have Chris Brown, Snoop Dog, Ray Jay, Wiz Kalifa, and T-Pain doing Taewoon’s part. The songs will be released in the US and Korea simultaneously.”

She added, “We have another good news. We are leaving for Las Vegas this coming Saturday. Chris Brown is holding an independent concert in Vegas and we will be opening for him. This is exciting and nerve-wrecking all at the same time. We want to go back to the states and show them we got what it takes to make it there.”

Eunjung also commented on “Countryside Diaries” in the US market, “I wondered about how people in the United States will take the song. They really liked the song and its music video. I’m guessing this is the first time they’ve heard the sound of Taepyungso (traditional Korean instrument; conical oboe). I feel proud of our song for having this traditional Korean melody.”

T-ara N4 will also attend the “BET Awards” red carpet with Chris Brown on June 30. The “BET Awards” is a music award show as famous and influential as the “Grammy Awards.” Members of T-ara N4 commented, “We cannot believe that we will be at the ‘BET Awards’ with Chris Brown. We are so lucky that they thought so highly of us in the States.”

5/21/13: A typo in Chris Brown’s name was discovered in the title and has been corrected.