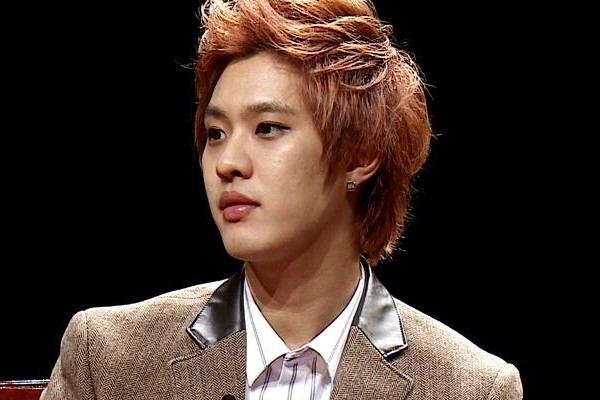 On the most recent episode of MBC Music “All the K-Pop,” various idols played a “Moving Heart” game, where two participants had to move hearts made with different materials such as regular papers, foam boards, writing papers, and so on, from one place to another only using their mouths.

MBLAQ‘s Seungho played the game with Crayon Pop‘s Ellin with hearts made of regular construction paper. However, they had a hard time moving these hearts from one place to another, and at times, looked like they were enjoying long, intimate kisses with a paper-thin heart placed between their lips. The two looked especially like a couple kissing each other intimately when Ellin and Seungho were extremely focused. MC Boom had to stop the two before things get even more heated than it already was.

Also during the game, MBLAQ’s Mir and ZE:A‘s Kevin played together with hearts made of foam boards. These hearts were so big and think that Kevin and Mir ran out of breaths at one point and dropped a heart, ending up accidentally kissing each other.

Kevin commented, “Mir’s lips were so much softer than I thought they’d be like.” Everyone burst out into laughter upon hearing Kevin’s unexpected comment.

Kevin Woo
MBLAQ
Mir
Seungho
ZE:A
KPLG
Crayon Pop
All The K-Pop
Ellin
How does this article make you feel?