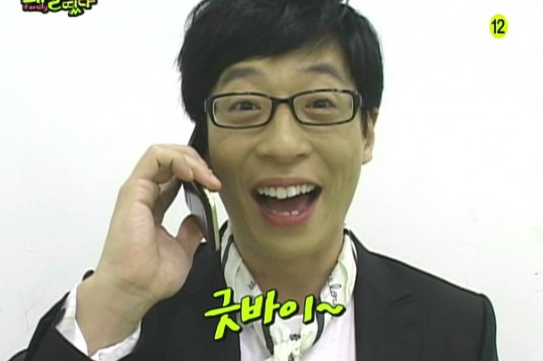 Yoo Jae Suk was picked as the friendliest celebrity on a questionnaire conducted by traveling website “Visit Korean Year” and results released on May 21 with 23.5% of the votes.

As the “Nation’s MC,” Yoo Jae Suk has been gaining popularity for appealing favorably to audiences of all ages as a friendly and modest figure in the entertainment world.

In second place was Super Junior with 8.1% of the votes, Lee Seung Gi came in third with 7.4%, PSY fourth with 4%, and in fifth place was figure skater Yuna Kim with 4.4% of the votes.

“Visit Korea Year” revealed, “Korean citizens selected Korea’s friendliest ambassador based on the celebrity’s ‘concern for others’, ‘greeting,’ and ‘smile.'”

The poll was taken from April 23 through May 17 with over 2360 participants.