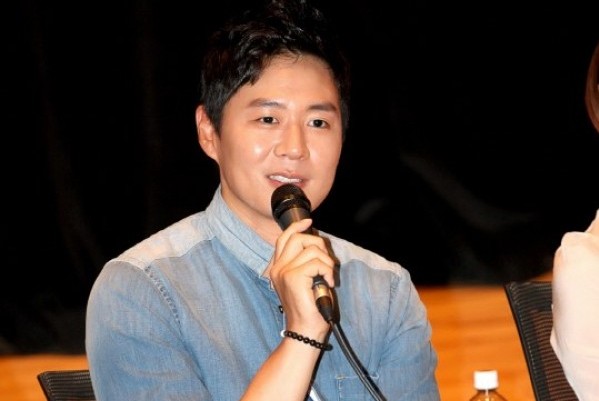 Yeon Jung Hoon: “I’m a Bigger Fan of G-Dragon than My Wife Is”

On May 23, Yeon Jung Hoon attended the press conference of MBC “I Summon You, Gold!” When a reporter asked him if he ever got jealous of G-Dragon since his wife Han Ga In is such a big fan of him, Yeon Jung Hoon answered, “To be honest, I like G-Dragon more than she does.”

Previously, Han Ga In publicly expressed that she is a big fan of G-Dragon and revealed all the pictures she has of him on her phone. Moreover, she was spotted at G-Dragon and Big Bang‘s concerts.

Yeon Jung Hoon explained, “I wanted to go to the concerts with her, but she told me that I’m being silly, so I didn’t go. I’m the one who got the tickets for G-Dragon’s concert.”

“I Summon You, Gold!” is a satirical drama about middle class’s pretentious desire of social mobility into upper class and the reality of it. Yeon Jung Hoon plays the role of Park Hyun Soo, who is the oldest son of a large jewelry company but is constantly struggling with loneliness from the absence of a mother and distant father.

Big Bang
G-Dragon
Han Ga In
Yeon Jung Hoon
I Summon You Gold
How does this article make you feel?