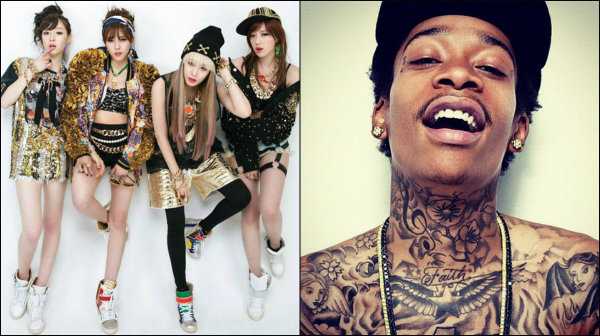 T-ara‘s sub unit T-ara N4 will be guest performing at another American artist’s concert this month. The sub unit received a sudden invitation to be guests at Wiz Khalifa‘s concert.

According to the group’s agency, T-ara N4 received the sudden invitation on May 22. To accommodate this unexpected yet exciting event, the agency had to make some emergency scheduling changes. The group was also planning to fly out on May 25 for Chris Brown‘s Las Vegas concert but will leave earlier on Mary 23 to prepare for Wiz Khalifa’s concert. The group will perform with the rapper for their song “Countryside Diaries.”

In an earlier press conference, T-ara N4 had announced that there would be five different version of their song with Chris Brown, Snoop Dog, Ray Jay, Wiz Kalifa, and T-Pain replacing the Korean rap parts.

What do you think of the sudden love T-ara N4 is getting from these mainstream American artists?