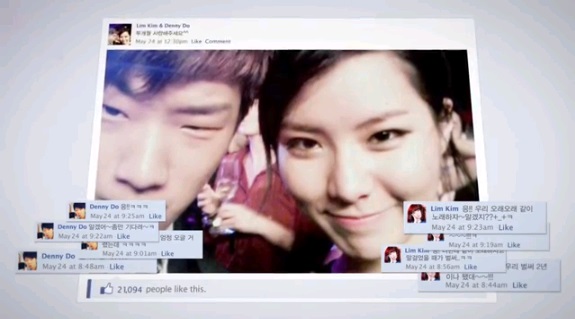 “Number 1” was composed to celebrate Two Month’s second anniversary. Do Dae Yoon and Kim Yae Lim have been together for two years since they first decided to audition for the program “Super Star K.” “Number 1” is a sweet and simple acoustic love song.

The music video show the duet’s journey from the very first moment they decided to work together to their third place finish on the show through a cute Facebook theme. Fans who enjoyed this duet from the beginning will enjoy this walk through memory lane.

Do Dae Yoon will be returning to the states to continue his education while Kim Yae Rim will release a solo album mid-June.