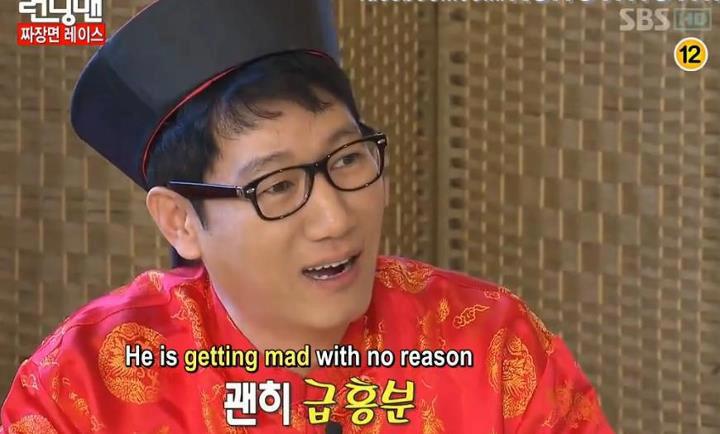 Comedian Ji Suk Jin Gets Teased About Having a “Jailbait” Wife

On May 24, comedian Ji Suk Jin made a guest appearance on SBS‘s “Thank You” and revealed a photo of his lovely wife, who is 8 years younger than he is. However, the other participants on the show could not hide their shock when they saw how much younger she looked compared to Ji Suk Jin.

Once Yeom Jeong Ah caught a glimpse of the photo she exclaimed, “Wow! Are you for real?” while Cha In Pyo joked, “She’s jailbait isn’t she? She’s a minor right?” They also joked, “She looks like your daughter” and “You should go home early!”

Ji Suk Jin assured them, “Her personality is the best though. Right now she looks a bit different than how she looks in the photo of course” causing everyone to laugh.

When Ji Suk Jin started to wipe off some perspiration while talking about his wife, Cha In Pyo teased, “Are you scared right now? Does your wife ever yell at you?” Ji Suk Jin wittily replied, “She’s basically a rocker. I thought she was a ballad singer when marrying her, but she’s more like the rocker type.”

Ji Suk Jin also revealed on the show, “When I’m at home, I just walk around in my underwear. Is that weird?”

Ji Suk Jin
Running Man
KPLG
thank you
How does this article make you feel?