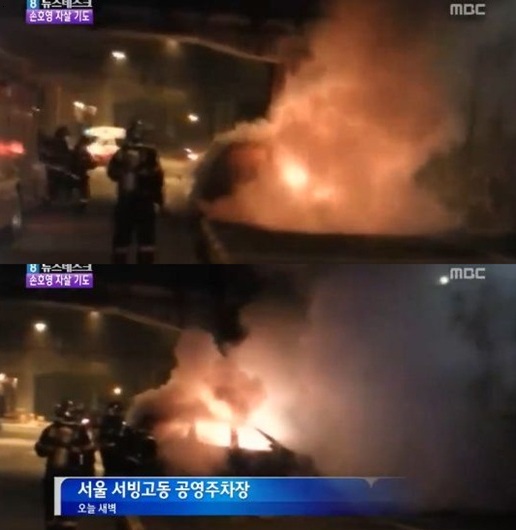 Son Ho Young is said to be making a satisfactory recovery after being admitted to the Intensive Care Unit following his attempted suicide.

An official at the hospital Son Ho Young is staying at shared the singer’s current condition, “Son Ho Young is improving. I haven’t seen him eat yet but right now he sleeping well.”

This attempted suicide happened two days after the suicide of his girlfriend. On May 21 his non-celebrity girlfriend was found dead in his car with a bottle of sleeping pills, a burnt coal briquette, and a suicide note. The autopsy report revealed that she died of gas poisoning. Son Ho Young was questioned, along with her family members, and then released. He attended her funeral with her family members.

On May 24 around four AM Son Ho Young had parked his car in the parking lot of Onnuri Church and lighted a coal briquette, intending to kill himself with gas poisoning. At one point something caught on fire which caught the attention of a passerby who alerted the police. News program MBC News Desk revealed footage of the burning car when the officials arrived.

On that day a representative of the hospital he was admitted to held a brief press conference with the reporters. “Although Son Ho Young is past the emergency state he is in an unstable mental condition. We are going to move him to the Intensive Care Unit to watch his progress for two to three days.”

Son Ho Young
How does this article make you feel?