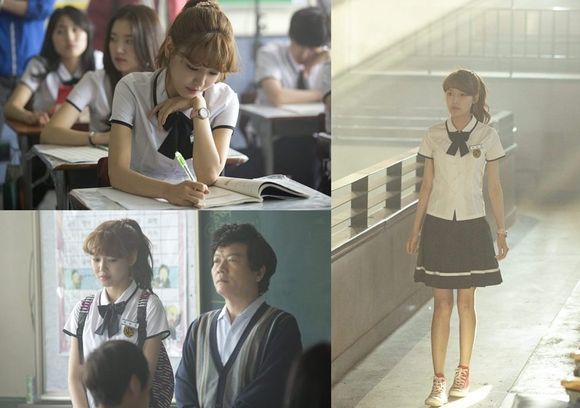 Wow Girls’ Generation Sooyoung certainly looks stunning in a school uniform! Recently still cuts of Sooyoung in a school uniform were revealed! The still cuts are from the upcoming tvN drama “Dating Agency: Cyrano.” The highly anticipated drama will have its first broadcast on May 27, 11pm. (KST) Sooyoung’s stills show her infiltrating a high school for a “dating mission” and disguising herself as a high school student!

Sooyoung will play the role of the hopeless romantic “Gong Min Young.” In the picture, you can see that Sooyoung’s character has a different name that reads “Seo Min Young.”

Netizens that have come across the pictures stated, “It’s Sailer Sooyoung,” “It look exciting because she is infiltrating a high school,” “Sooyoung looks good in a school uniform,” and “I want to hurry up and see the first broadcast of ‘Dating Agency: Cyrano.’”