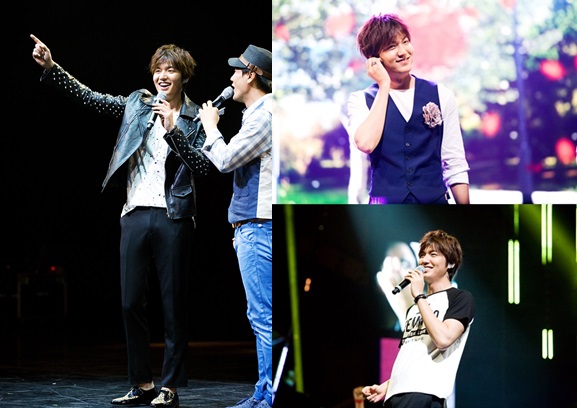 The big question is, what can’t the actor Lee Min Ho do? Recently he released the album “My Everything” and held a fan meeting/concert in Seoul. The fan meeting was held on May 25. During the press conference before the fan meeting he stated, “Last year because of the drama ‘Faith’ I had no time to do a fan meeting. That is why it has been 2 years since I have met my fans. Thinking about meeting the fans is making me nervous and I am anticipating it.”

Lee Min Ho opened up the fan meeting with “My Everything” and “You & I.” Then he spoke about himself during a corner titled “Secret Profile.” He spoke about his first time drinking, how his favorite coffee is an ice café mocha, and how he doesn’t like cucumbers. He even did a dance performance!

Check out the pictures of the concert below!