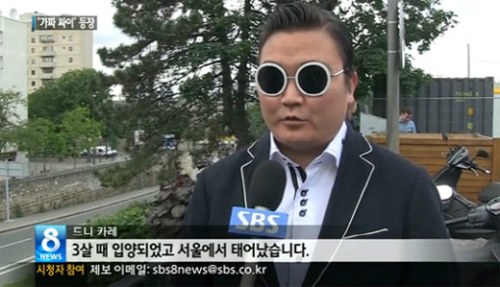 We reported before that there was a fake PSY that went around the Cannes film festival. On May 23, the fake PSY went around singing “Gangnam Style” and even had an entourage of three bodyguards follow him around. He was able to trick numerous celebrities and drink fancy wine in club VIP rooms.”

His real name is “Denee Jaewan Curry.” (Might not be spelled right, Korean name is Kim Jae Wan) He was born in Seoul but got adopted in France when he was 3 years old.

Denee was interviewed by SBS “8 o’clock news.” During the interview he stated, “At clubs I heard that I look a lot like PSY, which is why I decided to impersonate him. PSY has changed my life. I am not that good at Korean and I haven’t been to Korea yet, but because of PSY Korea’s image has become so good, I would like to meet PSY in person.”

PSY
KPLG
Fake PSY
How does this article make you feel?