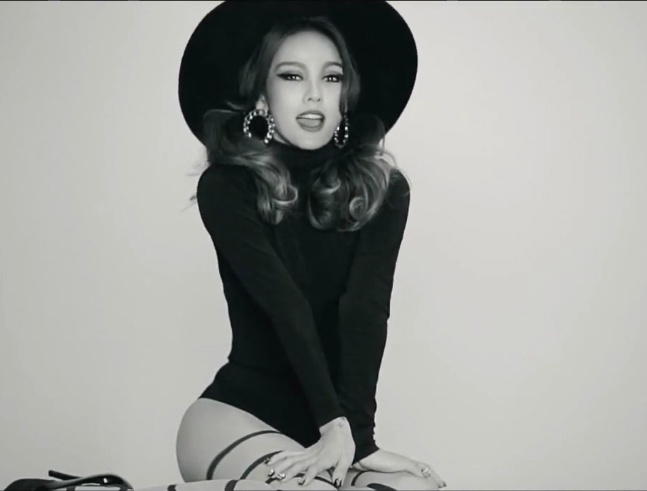 The queen, Lee Hyori returns after three long years with her fifth album, “Monochrome.” There are a total of sixteen songs which show how much the singer has changed musically. The album includes previously released “Miss Korea,” an acoustic number with an analogue band sound. It is known that the singer composed and penned the song herself. The title track is “Bad Girls,” an exciting dance number with a powerful choreography. The singer is responsible for writing the lyrics to nine songs.

Lee Ki Chan celebrates his seventeen years in the music industry with his eleventh album, “Twelve Hits.” This big band jazz album consists of thirteen songs with the title track being, “You Live On Happiness.” Ten of the songs are remakes of songs popular from the 70’s to the year 2000 while another two are pop songs. These songs are of various genres ranging from ballad, dance, to trot.

VIXX returns to the music scene as sexy vampires for their new album, “Hyde.” The title track is of the same name and is about a man who turns into a devil after getting hurt by love. Korea’s top producer, Hwang Se Jun and lyricist Kim Ina are responsible for creating this song. There are a total of five new songs in this album.

Seven-member group, 100% returns with their mini-album, “Real 100%.” The album consists of five songs with the title track being, “Want U Back.” This dance track is about a man who pleads his ex-lover to come back to him. Another song included in the album is dance track, “Only U,” a song about a man who falls in love.

The queen of ballads returns this summer with disco music. The new single,” Recall” is a Brave Brothers production, and its bokgo, disco melody is expected to get listeners on their feet. Fans of Baek Ji Young’s dance music will get to see this side of the singer once more through this song.

K-Pop Star’s Akdong Musican, who have been gaining a lot of attention with every new song they release, makes a comeback with yet another single, “Bean Rice Cake Shaved Ice.” Composed and penned by the siblings, this lively number is perfect for the upcoming summer.