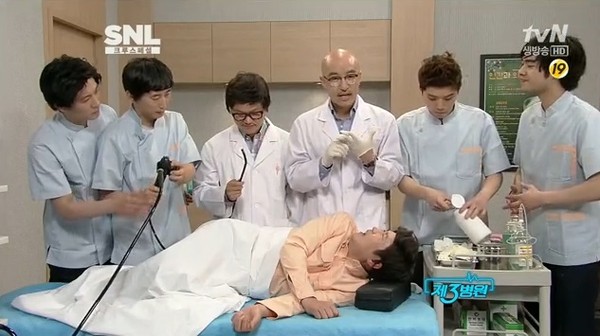 On the May 25 broadcast of SNL Korea, they apologized for the “homosexual nurse skit” that they did on May 18. During the May 18 broadcast, there was a corner titled “The Third Hospital.” The celebrity Hong Seok Cheon made an appearance and he continued to ask the patient Shin Dong Yup questions like, “What is your name, what is your number.” The skit made it look like working with the nurses could be “sensational” and this is what the Korean Nurse Association had issue with.

The apology happened on the “SNL Korea – Weekend Update” corner on May 25. The former MBC announcer Choi IL Gu stated, “We recently received a complaint from the Korean Nurse Association about the way nurses were portrayed during our ‘The Third Hospital’ skit. We apologize to nurses and other people around them that might have been hurt by the skit.

KPLG
SNL Korea
How does this article make you feel?