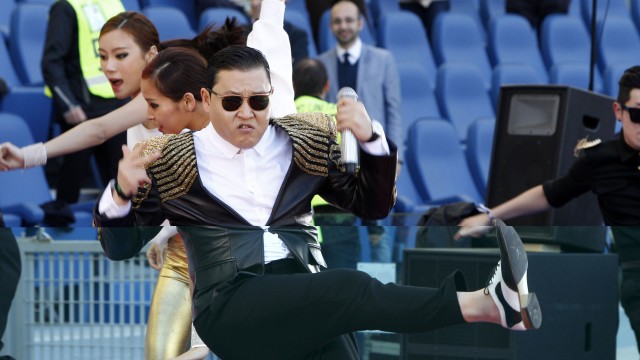 Was PSY Booed by Racists During His Performance at an Italian Soccer Game?

During the recent performance at the Studio Olimpico before the Italian Cup final, which took place on May 26, world star PSY experienced embarrassment as some of the audience booed and caused small firework explosions.

The organizers responded to these rude acts by increasing the volume of song “Gangnam Style,” but PSY could not hide his awkwardness at the situation. However at the end of the performance, he announced to the audience in Italian, “I love Italy.”

It is still unclear whether the booing was of a racist nature, but the fans of both soccer teams, Roma and Lazio, had been previously criticized for their racist chants this season. For the last few weeks, dangers of violence and racist chanting by the excited soccer fans have been brewing. Police had to confiscate bags of knives, rocks, clubs, and other weapons hidden outside the stadium ahead of the game.