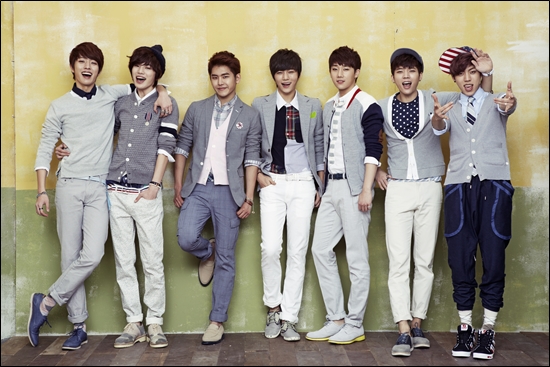 Infinite Releases Teaser for Japanese Version of “Man in Love”

Infinite fans rejoice! Infinite recently released the teaser for their Japanese version of “Man in Love.” Before the release of their Japanese album though, Infinite’s Korean version album “New Challenge” has been doing very well according to the Japanese Oricon Chart.

Back in April 15, “New Challenge” (Which has the song “Man in Love”) reached #1 on the Oricon Charts for imported albums.

In 2012, Inifinite had held a successful arena tour in Japan that went through the cities Yokohama, Nagoya, Kobe, and Fukouka.

Stay tuned to Soompi.com for more exciting news regarding your favorite group Infinite!

INFINITE
KPLG
Man in Love
How does this article make you feel?