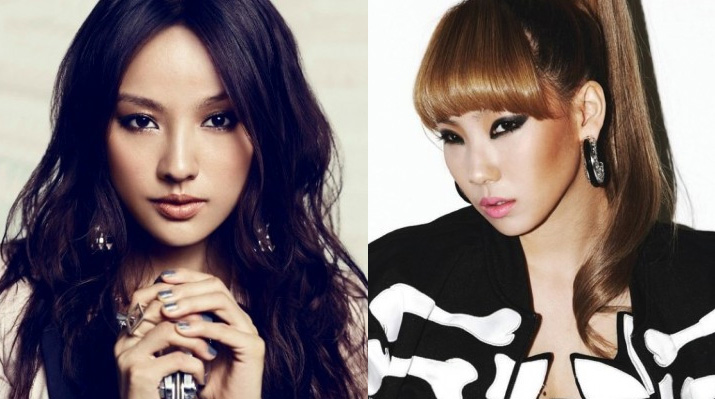 Music
by A. Lee

May is the month of high profile comebacks. From groups like Shinhwa, 2PM and Vibe to soloists like Ivy and Seo In Young. But this May, the most buzz surrounds the recent comeback of Lee Hyori and the much anticipated solo debut of 2NE1’s leader CL.

As the hype of the upcoming duel for the charts rises, Osen news posted four interesting similarities of the two divas.

The first similarity that sticks out are the titles of the songs both Lee Hyori and CL released. After a three-year hiatus, Lee Hyori came back with her fifth album featuring the title song “Bad Girls.” On May 28th, CL will be performing her first solo debut single, “The Baddest Female,” previously titled “Bad Girl.”

The second similarity is that both singers were and are part of 4-member girl group. Before becoming a mega superstar as a soloist, Lee Hyori was the leader of a popular girl group in the 90s’ called Fin.K.L. CL, is currently the leader of one of the most idolized girl group 2NE1.

The third similarity is that both stars were born in the year of the Ram, albeit Lee Hyori was born 12 years earlier in 1979 and CL in 1991.

The fourth and last similarity has to do with the well known fact that both ladies are fashionistas. Lee Hyori has been known early in her career to take bold fashion statements that are both controversial and admired. CL, who has been known to friends with various fashion designers, will be showcasing her collaboration with Shinsaegae Corp. jewelry brand Chrome Hearts on the 28th of this month.

Besides the aforementioned similarities, it is obvious that both singers are linked with hip-hop music and culture. Because the connection with hip-hop and women singers are scarce in K-Pop, the two divas catch the eye of many fans all over the world.

CL
KPLG
Hyori
How does this article make you feel?