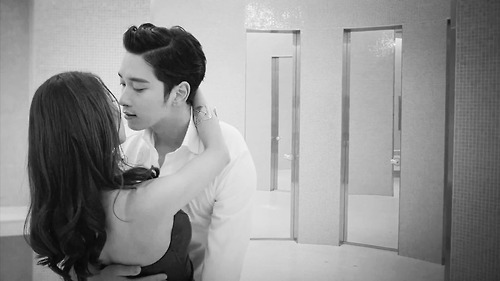 During the recent episode of Mnet’s “Beatles Code 2,” which was aired on May 27,2PM’s members Chansung, Junho, and Jun. K appeared as special guests.

All six members of 2PM have filmed sexy scenes in the MV for the new track “Ha. Ni. Bbun.” The MCs asked, “There were a lot of hot love scenes in the music video. Which of the members did the best?”

To this question, Junho answered, “Chansung is the youngest, yet he was the best. He acted so naturally that during the filming of his scenes, we all clapped for him because we were so impressed.”

Chansung then explained shyly, “The director gave me a scenario, which was meeting a woman that I am interested in at a night club. I just followed his direction.”