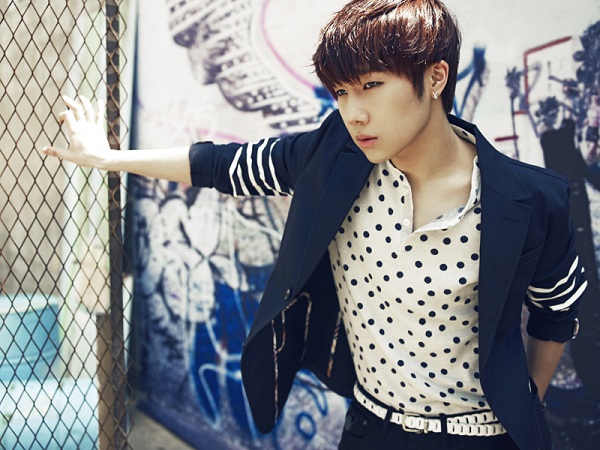 Infinite’s Sunggyu Apologizes For Remarks on Women in Their 30s

Infinite‘s Sunggyu has recently come under fire for speaking too rashly.

On June 26, cable channel tvN posted a behind-the-scenes clip for “The Genius: Rules of the Game” episode 9 on its Facebook where Sunggyu, Park Eun Ji and Lee Sang Min were having a conversation about women’s age.

During the episode, the three celebrities gathered together in a room while playing a game for the show. Park Eun Ji spoke toward Lee Sang Min, “Oppa, it’s really difficult to make a living, right?”

Then Sunggyu chimed, “Why are you saying that to him, nuna?” Then Lee Sang Min answered, “It’s hard. It’s difficult.”

Then Park Eun Ji admitted, “After living for thirty years, it’s really not easy for me either.”

Then Lee Sang Min added, “Of course. Actually, women in their thirties…” Then Sunggyu interrupted, “Yup, they’re conniving and wicked.” Then Lee Sang Min finished his sentence, “… have a lot of worries.” Then Park Eun Ji jokingly said, “Are you here to bother me?” which made everyone laugh.

Sunggyu’s rash remark raised a lot of eyebrows, which led him to issue an official apology.

On June 27, he tweeted, “Hello, this is Sunggyu. This recent happening is not a misunderstanding but is completely my fault. I sincerely apologize to everyone who was disappointed and scarred by my rash words. I will try to realize my faults more, grow more respect toward others and reflect on my actions with a humble heart.”

tvN’s sources also made a comment by saying, “We barely edited the clip in order to help viewers have a higher understanding of the show but it turns out that we made a mistake,” and “We apologize for airing uncomfortable material for the viewers.”

Meanwhile, Infinite is gearing up for their world tour “One Great Step,” which is to start in August.

INFINITE
Sungkyu
KPLG
Park Eun Ji
How does this article make you feel?