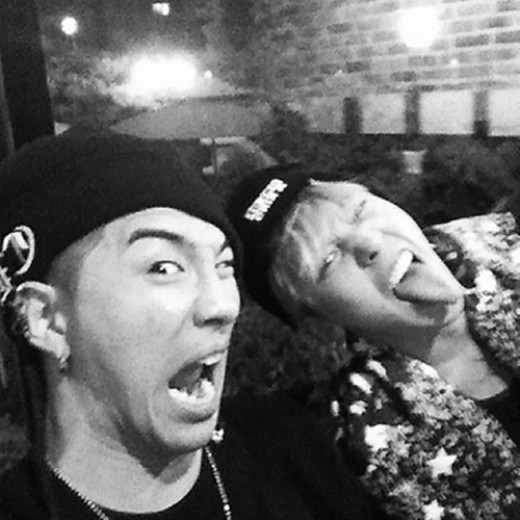 G-Dragon and Taeyang Play with the Bearded Blond Look

This week, G-Dragon and Taeyang added another chapter to that book.

On July 8, G-Dragon posted a photograph of Taeyang on his Instagram account with the caption: “My stylish older brother” #taeyang#teydaddy. In the photograph, the usually handsome Taeyang was transformed into a blond bearded lady complete with a black headband and huge sunglasses.

On July 9, Taeyang responded on Twitter by posting a photograph (perhaps aided by a fan named Komane Sora?) with the caption: “Pure [innocent] Ji Yong” #revenge. In this photograph, G-Dragon is also transformed with long blond hair, big sunglasses, and a handlebar mustache.