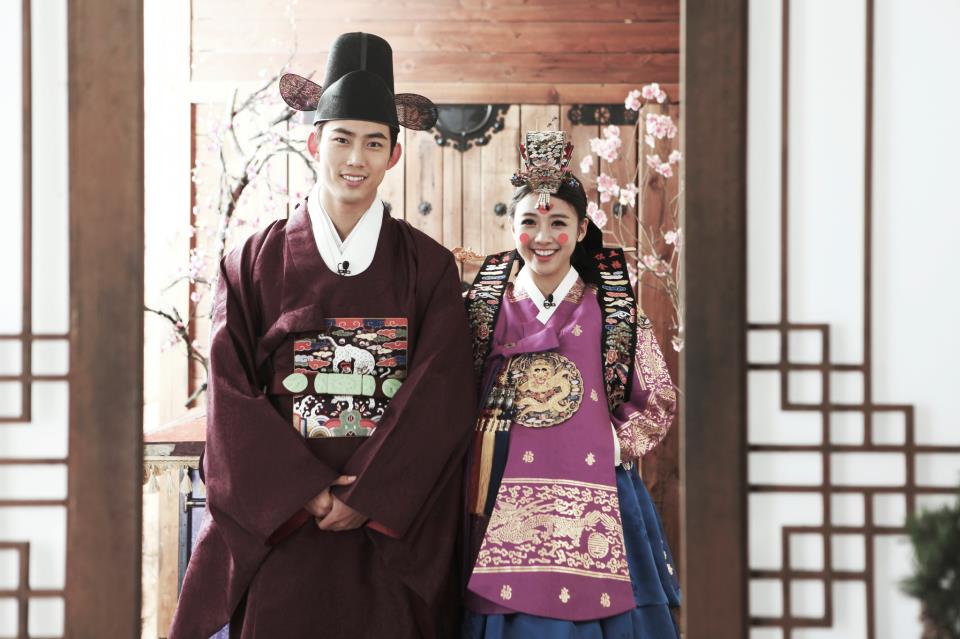 Virtual couple Taecyeon and Gui Gui chose to take a romantic farewell trip to leave as their last memory together.

For the upcoming episode of “We Got Married – Global Edition,” which will air on July 14, Taecyeon and Gui Gui will be saying their last goodbye as a married couple.

Spoilers ahead: do not proceed if you don’t want to know what Gui Gui and Taecyeon say to each other for their last goodbye.

During the recording, Gui Gui and Taecyeon were on a train to travel to their farewell spot. Gui Gui proceeded to gift Taecyeon with a pair of shoes and said, “In Taiwan, giving someone a pair of shoes means that you’re letting that person go,” and “I prepared this gift so we can think of each other when we wear these shoes in the future.”

After arriving at their destination, the couple set up a tent, in which they shared their feelings for the last time. Taecyeon stated, “I wanted to thank you for being so bright and energetic ever since we met.”

Gui Gui also commented, “Though we speak different languages, I was thankful for your care and for treating me so well. Thanks for always doing what I asked.” Then Taecyeon responded, “Thank you for marrying me,” which made finally made Gui Gui spill tears.

During the interview, Taecyeon remarked, “I was sorry that I couldn’t treat her better.”

When they were about to say their final goodbye at the train station, Taecyeon said, “Maybe we’ll run into each other on a different train station later in life.” Gui Gui was said to have cried all throughout the filming session on this day.

The last episode of the Gui Gui/Taecyeon couple on “We Got Married – Global Edition” will air on July 14.

Taecyeon
KPLG
Gui Gui
We Got Married Global Edition
How does this article make you feel?