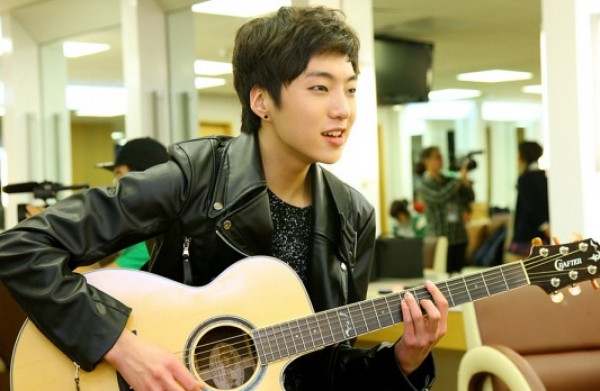 Kang Seung Yoon admitted that he once regretted joining YG Entertainment and also confessed that he finds Big Bang‘s Seungri the scariest labelmate.

On August 6, Kang Seung Yoon was a guest on Kim Shin Young‘s radio show. During the show, there was a speed question segment where the guests had to answer quickly to the questions they were asked. It was then when Kang Seung Yoon admitted that he once regretted joining YG Entertainment.

Kang Seung Yoon explained, “In my earlier trainee days, practicing was so hard because I couldn’t dance very well. Also, since I dreamed of being a rocker, I felt troubled about my identity. Besides that time, I’m very satisfied.”

He also added, “Seungri is the scariest. He offers his advice to many of his juniors first. He tells us to work hard. He plays a lot of jokes on us too,” and “Tablo is a senior that I respect and he helps me a lot musically. He treats me the best out of everyone in the agency.”

For the other speed questions, Kang Seung Yoon revealed that his biggest worry of the moment is his new single and that he thinks he is good-looking. Kang Seung Yoon also displayed his talented vocal skills during the show.