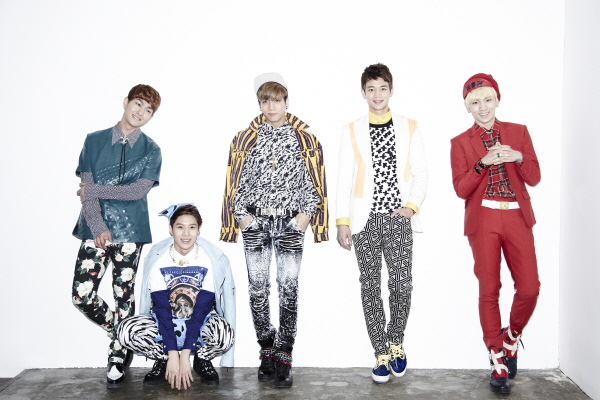 On August 8, SHINee’s combined official third album “The Misconceptions of Us” was released. As soon as the title track “Selene 6.23” was revealed, it reached the number one spot on Olleh Music, Mnet, Bugs and Naver Music.

“Selene 6.23” is an emotional ballad that showcases the SHINee members’ exceptional vocal skills. The sad lyrics are about a person who is in love but not being able to reach her. It is written by SHINee member Jonghyun.

Another new track, “Better Off” is included in the album. It is a mid-tempo pop ballad that beautifully expresses the sadness of a break-up.

Upon the release of the album, Jonghyun tweeted, “Yahoo! SHINee’s new songs in ‘The Misconceptions of Us’ have been released. It’s the combination of the ‘me’ and ‘you’ albums and there are two new songs, ‘Selene 6.23’ and ‘Better Off.'”

He continued to upload a funny photoshopped photo and tweeted, “After looking at the album cover, I feel the art soul?!” The photo contains a scene from the animation “Attack On Titan” with the giant’s face photoshopped into the face that is on SHINee’s album cover.