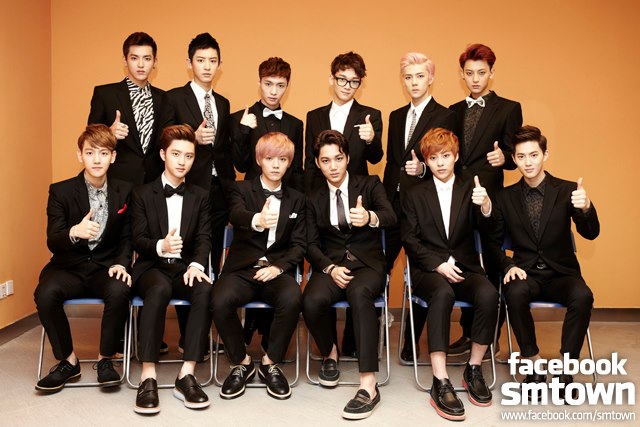 Who Did the EXO Members Pick as The Best Looking Member?

EXO has recently decided on the visual and charm hierarchies within their group!

On August 14, EXO appeared as guests on “Weekly Idol” to promote their new single, “Growl.”

For the visual hierarchy, which was decided by D.O, Suho won first place while Baekhyun was named last. Then the MCs gave Baekhyun a chance to choose the charm hierarchy, to rank who has the most and least charms.

Baekhyun chose himself as first place, Kai as second and Tao as third. Baekhyun said, “Tao hyung is so charming when he does things without speaking. When he starts to talk, he becomes slightly uncool.”

Baekhyun continued with the list as he chose Sehun as fourth, and Suho has fifth. Baekhyun said, “Suho has a good personality and uses his credit card well.”

Baekhyun continued to pick Xiumin as sixth and said Xiumin’s charm was his neatness. Baekhyun chose Kris as seventh and Lay as eighth. Luhan, who was picked second in the visual hierarchy, was chosen as ninth in the charm hierarchy and Chanyeol was picked as tenth.

Baekhyun chose Chen as eleventh place and D.O as last. Since D.O was the one who did the visual hierarchy and chose Baekhyun as last, Baekhyun got his revenge by picking D.O has last place for having the least charm!

EXO
Weekly Idol
KPLG
How does this article make you feel?