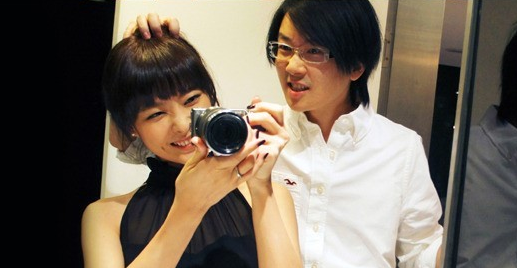 After shaking up the entertainment industry with news of Seo Taiji and Lee Eun Sung‘s wedding plans, it has been belatedly known that they already tied the knot on June 26 of this year.

On August 21, OSEN reported that the two held a private ceremony with just their family members in their home. Afterwards, the couple invited their close friends and threw a housewarming party.

A particular source spoke with OSEN and said, “The wedding was held very secretly. The couple did not tell anyone outside of their circle.” Another acquiantance of Seo Taiji commented, “I only recently heard of their wedding news. I don’t know any details.”

Seo Taiji announced his relationship with actress Lee Eun Sung this past May and on August 21, he posted on his website, “Not too long ago, we gathered with our family and held a meaningful wedding ceremony. We also threw a housewarming party and invited many friends and had a good time.”

He also talked about his marriage life so far. “Now that I’m making a family of my own and spending time with my parents, I realize there are so many good aspects to a married life,” and “I discovered that there is big happiness in the little everyday things and it feels like I have matured (but I shouldn’t mature ^^;;;). Anyway, it feels like a good change will come,” he said.

He continued, “One thing I was worried about was that my concentration would fall when I’m working since my life pattern has changed. However, my work is getting done much more securely than the past. It’s a relief and it’s also really cool. I realized that having a family is very warm and reliable. So it seems like my music is going well so I feel very good.”

Seo Taiji also proceeded to show his concern for his fans, especially those who showed negative reactions to this particular news of his relationship. He showed regret for not being able to reach out to every single fan who showed disappointment and promised that he would become more careful and deep as a person. He also stated that since he has nothing to hide now, he will be able to meet his fans more comfortably.

Meanwhile, Seo Taiji is planning to make a come back next year.

Seo Taiji
KPLG
Lee Eun Sung
How does this article make you feel?